Your shopping cart is empty

The 'Mond' nickel refinery Clydach Swansea was founded by Ludwig Mond from Essen in Germany after his laboratory assistant discovered how to separate nickel from ore.

The refinery became a major employer in the area and Ludwig became a generous benefactor for workers from all over the country. He built a clubhouse in 1909 and was responsible for much of the housing in Clydach. Nickel Terrace was the first row to be built and is now part of Lone road which faces the shops.

Sunny bank was built around 1914. Many of the street names bear names of those connected with the industry.

Although the plant has changed owners several times since then, it is still known as 'The Mond' by locals.

The Vale as it is now called dominates the sky line for miles and is visible wherever you walk in Clydach as a reminder of it's past significance. It has such a powerful, presence in the community that I felt it had to be documented. It overpowers the church and looks over the graveyard where many workers, mothers and babies lie. The mortality for childbirth was high and can be seen on the gravestones. The stack has an air of surveillance, it threatens, it watches.

I have recorded from different view- points in the town and find that the chimney is omnipresent. It is part of the lives of the community, past and present. It has a monumental quality about it similar to the adjoining graveyard. 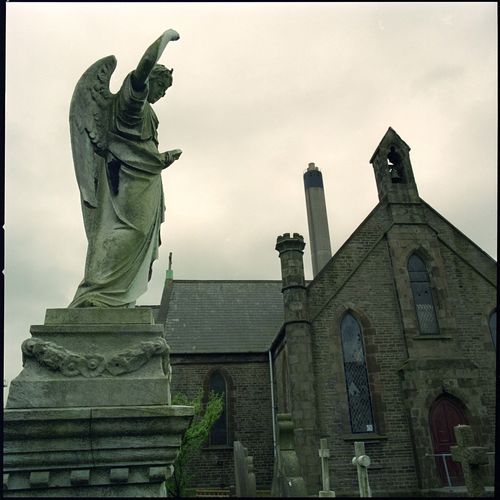 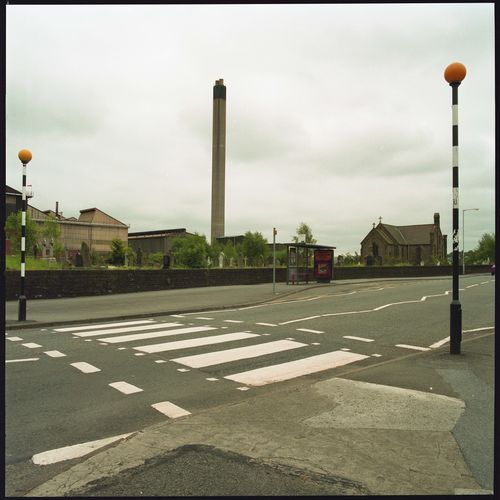 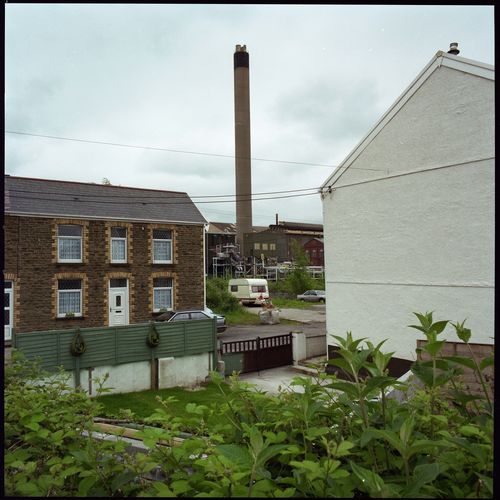 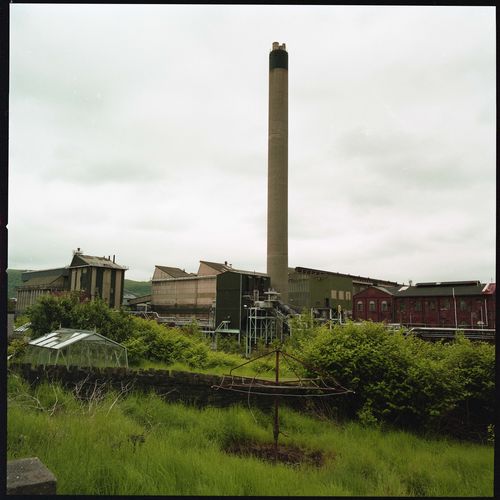 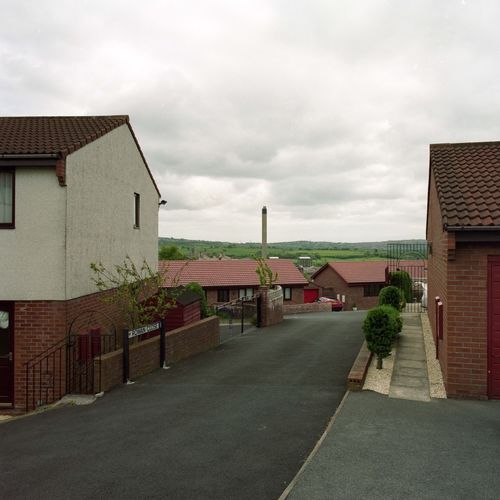 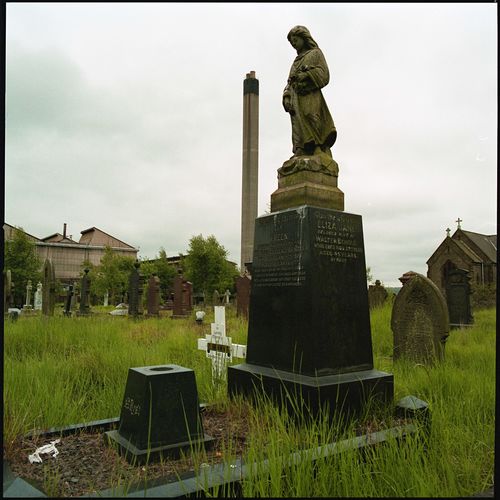